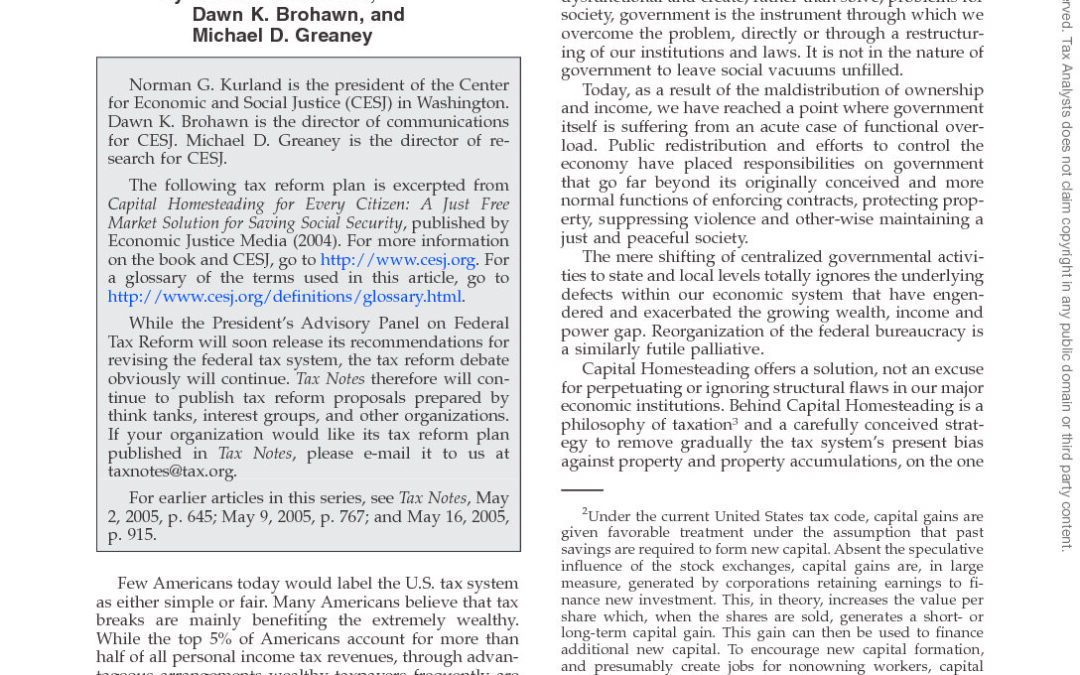 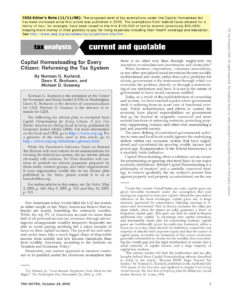 The following plan for reforming the tax system is excerpted from Capital Homesteading for Every Citizen: A Just Free
Market Solution for Saving Social Security, published by Economic Justice Media (2004). It was presented to the President’s Advisory Panel on Federal Tax Reform, and was republished in TAX NOTES, a publication of Tax Analysts,on October 24, 2006.