Why the World Needs Justice University® 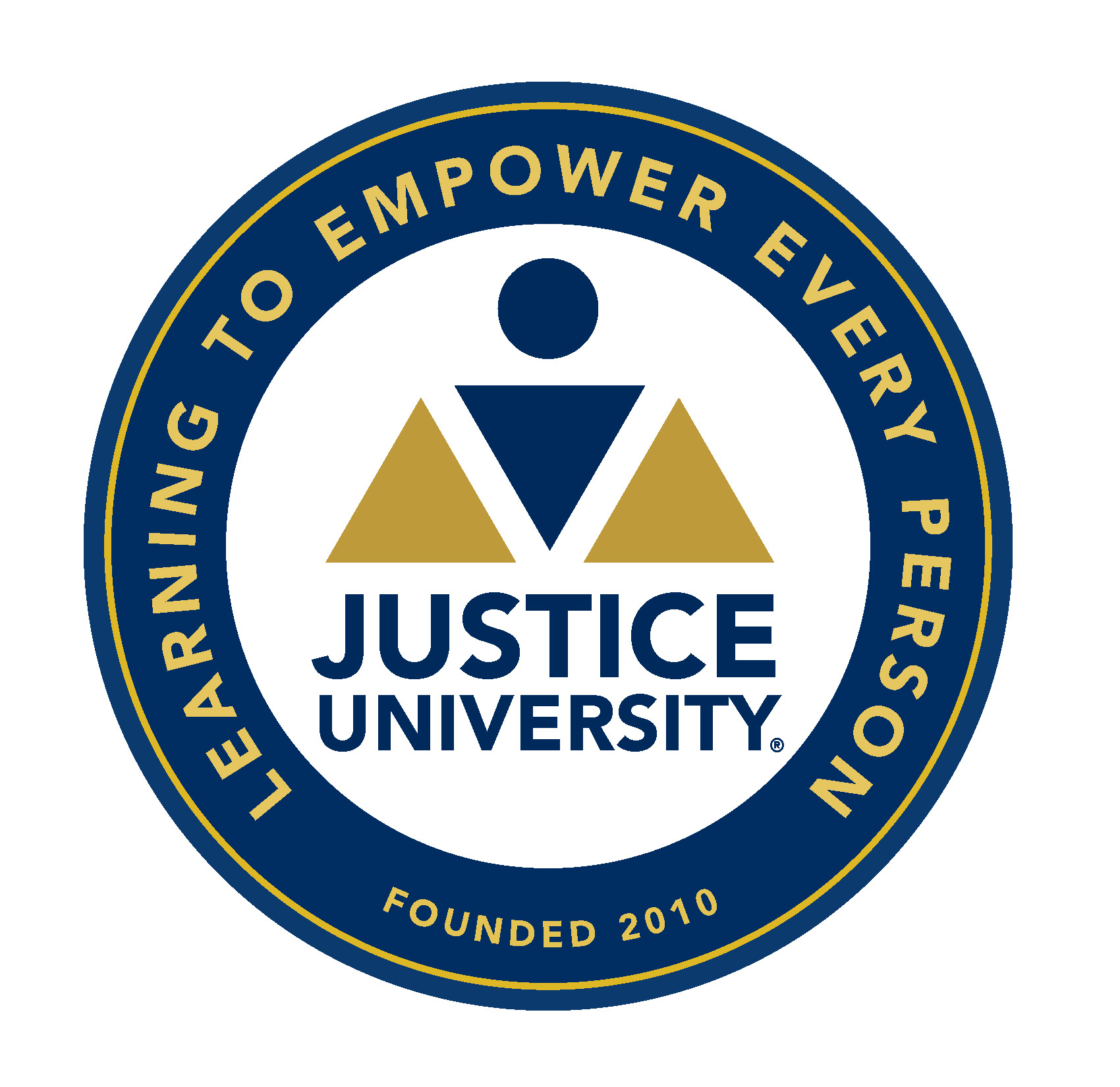 Beset by growing divisions and conflicts among people today, leaders and citizens around the world need a coherent body of definitions, principles and theories for understanding and implementing social and economic justice. Without a universal, unifying and practical paradigm to guide them, how can communities, nations and the world ever hope to achieve peace, freedom, prosperity and empowerment for every citizen?

Most institutions, starting with academia, accept as a given the wage-welfare systems of capitalism, socialism and their myriad hybrids. They seem blind to the reality that all these systems inevitably concentrate ownership, opportunity and power in a tiny economic or political elite. Whether coming from the “right” or “left”, the prevailing paradigms teach that human labor is the only way most people can participate in the economic process and generate their incomes.

Growing numbers of students pursuing higher education are forced to spend hundreds of thousands of dollars they don’t have, to prepare for jobs that may not exist when they graduate, and to assume a lifetime of debt to do so. In most law schools, where the future architects of our laws and institutions are molded, they teach the Law but they don’t teach Justice.

The idea of “work” has become synonymous with economic toil — work you must do to survive — and inextricably bound to earning a wage or salary. Aristotle’s concept of “leisure work,” the work we would do without pay in order to develop our human potential and contribute to the development of civilization, is meaningless for the majority of citizens. Meanwhile, new generations of dependent and vulnerable wage earners will be forced to compete for a living with automation, artificial intelligence and even more vulnerable wage earners.

What needs to be studied, debated and explored at all levels of education is a new paradigm that can transcend the morally deficient and economically unsustainable wage-welfare systems of capitalism and socialism — a personalist “Just Third Way.” Justice University begins with a question: Is there a universal ownership system that could empower economically every person to pursue one’s own good, while working with others to build and rebuild our social institutions to promote the equal dignity, opportunity, freedom and empowerment of every human being?

The Objectives of Justice University®

Justice University® recognizes the critical role of education in teaching at all levels of learning the moral principles, systems theory (“binary economics”), and real-world applications of economic and social justice. Effective change requires a common understanding of and commitment to universal moral values, sound economic principles, a unifying vision and a feasible plan. Within a sound conceptual framework, people in any society can organize more effectively to reform their institutions to promote equal opportunity, human development and full participation in the economic, social and political order.

Justice University seeks to transform education in order to equip people from early childhood throughout their lives with the analytical, critical and creative skills they will need to meet the demands of the 21st century workplace and to earn an independent living in the face of automation, robotics, artificial intelligence, and global competition.

Beyond the level of principle and theory, Justice University also presents practical and proven financial tools and policies for solving systemic problems by:

CESJ has launched Justice University® as an online, interactive “global classroom,” which will grow and evolve as a national and global partnership of universities, teaching colleges, elementary and high schools; educational, research and charitable institutes; community anchor institutions; student and community groups; and leaders in business, banking and labor.

JU offers a holistic, interdisciplinary approach to moral education at all educational levels. This initiative seeks widespread understanding and public discussion of the principles and applications of a just free market, 21st Century socio-economic paradigm based on the dignity, empowerment, participation and fullest development of each human person within a just social order.

CESJ, as a permanent partner in Justice University and with JU’s partnering institutions (“JU Partnerships”), disseminates nationally and globally its core paradigm, principles and applications of justice, social justice and economic justice in order to promote:

Through JU Partnerships, Justice University and CESJ are designing and implementing innovative economic development models of participatory worker ownership and citizen ownership at the local, state and national levels. CESJ and Justice University have formed one such partnership with Descendants of American Slaves for Economic and Social Justice (DAS4ESJ.org), headquartered in St. Louis, Missouri.

Together we are developing an inclusive, community-based pilot model designed to tap into new sources of asset-backed money and insured capital credit for land, infrastructure and business development, without the need for taxpayer dollars or private equity investors. This approach would harness the existing powers of the regional Federal Reserve and local banks, in ways that will create new jobs, new businesses and future capital ownership opportunities for every citizen.

1.  Foundational Definitions of the Just Third Way (Part 1)
a. What is Justice?
b. What is Social Justice?
c. What is Economic Justice?

2.  Foundational Definitions of the Just Third Way (Part 2)
a. What is Money?
b. What is Credit?
c. What is Property?
d. What is Power?
e. What is the State and its Proper Role vis-à-vis the Citizens?

3.  Principles of the Just Third Way
a. The Sovereignty of Each Human Person (the basis of a Personalist Paradigm)
b. The Two Interdependent Factors of Production (Labor and Capital)
c. The Three “Systems Principles” of Economic Justice
d. The Four Policy Pillars of a Just Free Market Economy

4.  Basic Concepts of Binary Economics
a. The Two Factors of Production — the Basis for Just Distribution
b. Say’s Law: Balancing Production and Consumption, Supply and Demand
c. The Principle of Binary Growth
d. Financing Future Growth: Future Savings vs. Past Savings
e. Productiveness vs. Productivity

8.  Justice-Based Leadership, Management and Governance
a.  The Justice-Based Model of Leadership: Turning the corporate pyramid upside-down
b.  The Basic Framework of Justice-Based Management: The Kelso-Adler-Ferree three principles of Economic Justice
c.  Restoring the Full Rights of Private Property in Corporate and Cooperative Equity (right to the fruits and participation in control)
d.  Education, accountability and information-sharing
e.  Never-Ending Systemic Improvement (the act of Social Justice for reforming every institution)

9.  Systemic Solutions for Systemic Problems — Some Examples
a. Transforming Social Security and Welfare for the Poor
b. Financing Universal Health Care and Coverage
c. Reforming Academia and Making Quality Lifetime Education Accessible to Every Person
d. The Abraham Federation: A Model for Resolving the Israeli-Palestinian Conflict and Other Conflicts at the Local, National and Global Level