What would the Economic Democracy Act mean to you and every other citizen in terms of lifetime wealth accumulations and capital ownership incomes? The projections below, which are explained in the following notes, show how a child born today would receive every year of his or her life an allotment of self-repaying capital credit equal to that of every other citizen.

This capital credit could only be used by citizens to invest in corporations (both established companies and viable start-ups) seeking to add new capital or transfer ownership. Thus, as corporations seek financing, every citizen will have an equal opportunity to purchase with insured credit new, qualified shares to be sold by those corporations. (To be qualified under the Economic Democracy Act, the shares would have to be full dividend payout, full voting shares.)

The profits paid out on the new shares (i.e., dividends), must first be used to pay off a citizen’s capital loan. Once that loan is paid off, the continuing stream of dividends would become for that citizen-owner a second source of personal income. Thus, the economy as a whole would be able to grow in a more just and sustainable way.

Through a transparent, multi-vetted, insured financial system, the Economic Democracy Act would unite the interests of corporations seeking to grow, citizens seeking to invest in those companies, local commercial and cooperative banks, capital credit insurance companies, and the twelve regional Federal Reserve Banks.

As an example, on the day a child is born his or her parents (or a legal guardian or trustee) set up a Capital Ownership Account (COA) at a local bank for that child. Every year until that child reaches the age of independence, the parents with the guidance of a certified financial advisor would invest the child’s insured capital credit in qualified shares being sold by companies needing to purchase new capital assets or transfer ownership. As that child’s annual capital loans are gradually paid off with the full stream of “pre-tax” corporate dividends, the child accumulates in his or her tax-sheltered Capital Ownership Account shares that generate an annual stream of income.

Imagine what such an opportunity would do for that person’s lifetime economic independence and empowerment, as well as for growing a sustainable, green economy and building a more democratic and just political system. 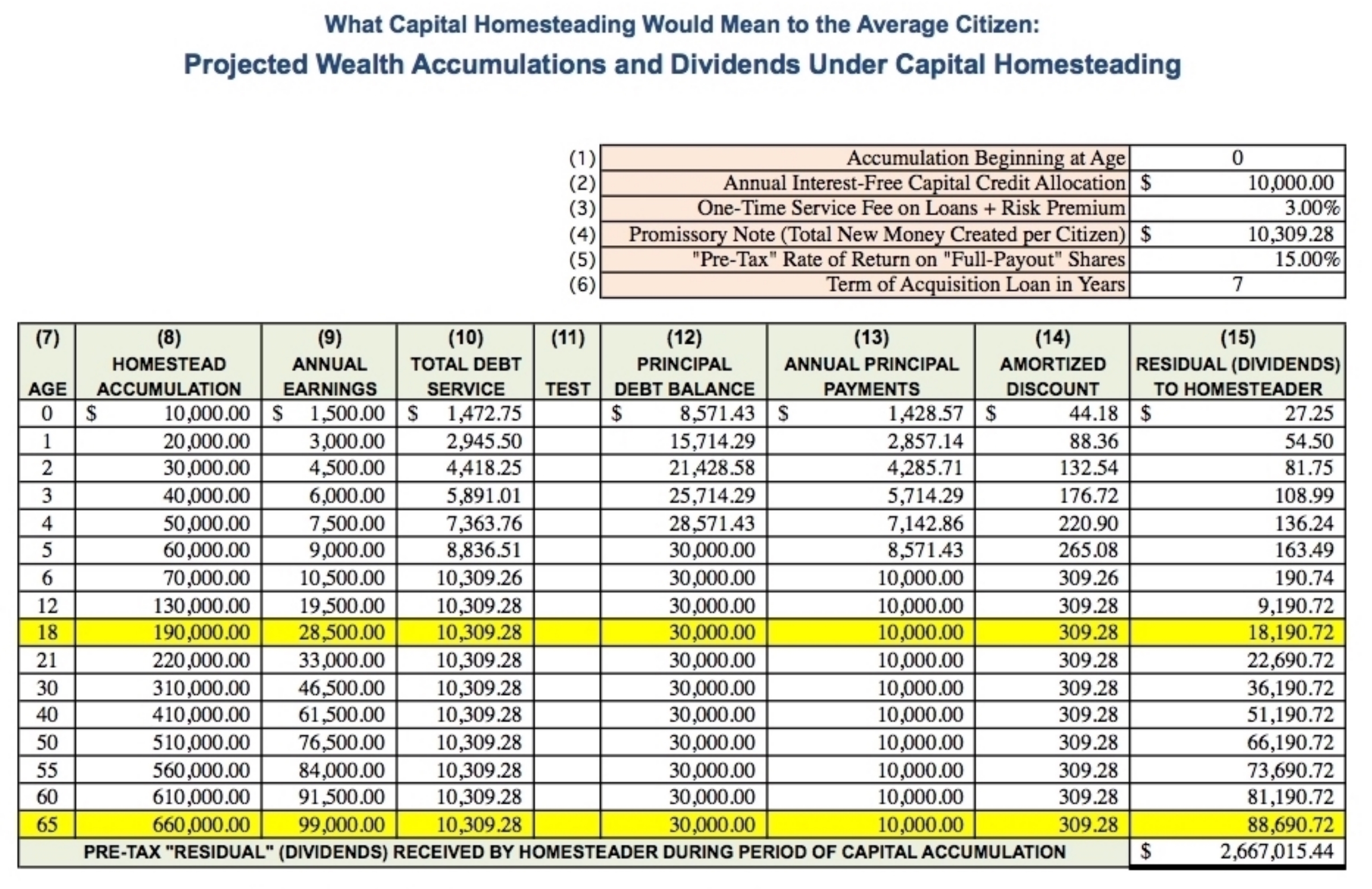 What the Economic Democracy Act Would Mean to the Average Citizen