The act of Social Justice is the act of organizing.

The power that we have now to change any institution of life was always there
but we did not know how to use it.

As CESJ’s co-founder and social philosopher Fr. William Ferree wrote in his pamphlet “Introduction to Social Justice”: Social Justice requires each of us to “care for the Common Good” to ensure that every person has equal access and the means to participate in order to develop to his or her fullest human potential. This means we have to reform institutions, laws, rules and systems when they become barriers to equal opportunity or deny access to full participation.

However, as Fr. Ferree also reminds us, you can’t change systems by yourself, as an individual operating alone. We have to organize with “like-minded others” to repair our broken or defective systems. But how do we do that?

Through the “Act of Social Justice,” as described in the following graphic. 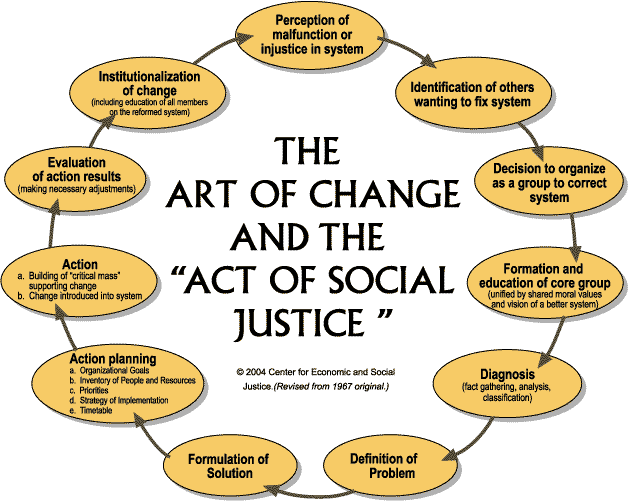 Simple Ways to Participate with CESJ

Want to Make a Big Difference?

These are our strategic priority action steps.