This 2-minute animated poem, “People and Things”, explains why every person needs to become an owner of productive capital. When automation and artificial intelligence start destroying our jobs, we can’t depend on jobs alone to remain economically independent. Each of us needs to be able to purchase and own shares in profitable companies that use automation and artificial intelligence to produce their goods and services. “People and Things” answers the question “Where will the money come from?” to do that. How can we provide equal opportunity — without government redistribution — for every citizen to buy new shares in growing companies? For more detailed information, see the Economic Democracy Act, and Projected Citizen Wealth Accumulations.

In this 29-minute interview, Norman Kurland explains the Just Third Way, a new economic paradigm that arose largely from the ideas of Louis Kelso. Kurland explains to host Russell Williams how this justice-based approach could support democracy and help us address many of the problems facing communities, nations and the world. He also outlines the national economic reform agenda called the Capital Homestead Act, how it would work, and how it would offer every child, woman and man equal economic opportunity and equal access to the means to become an owner of advanced forms of productive capital. Kurland relates how these ideas might be applied locally through Citizens Land Cooperatives to help rebuild struggling communities and economically empower every citizen.

Income Distribution of the United States (“The L-Curve”)

The “L-Curve” graphically portrays the magnitude of the income (and wealth) gap, showing the relative income distribution between the poorest and richest citizens in the U.S. (www.lcurve.org)

The BBs of Wealth

This video uses the sound of BBs to portray the magnitude of the wealth gap. (Produced by United for a Fair Economy.)

Lawyer-economist Louis Kelso lays out the case for the importance of widespread capital ownership, starting with workers through employee stock ownership plans (ESOPs). Speaking on this interview are champions like Senator Russell Long, as well as one of Kelso’s major detractors, Nobel Prize-winning economist Paul Samuelson.

In this 1979 Phil Donahue interview with Nobel Economist Milton Friedman, Friedman argues that the vice of “greed” in a capitalistic marketplace is good for the economy and human freedom. He ignores Donahue’s question about whether the global economic system is structured to concentrate power and wealth in the hands of a few.

In 1985, Center for Economic and Social Justice (CESJ) members initiated and mobilized bipartisan support for Congressional legislation which established the Presidential Task Force on Project Economic Justice under President Ronald Reagan. Project Economic Justice, which was first conceived in a strategy paper authored by CESJ, offered a revolutionary economic alternative to military solutions to regional conflicts in Central America and the Caribbean.

Enacted as part of the International Security and Development Cooperation Act of 1985, this legislation created the first presidential task force to be totally funded with private donations and supported by both the U.S. Chamber of Commerce and the AFL-CIO. Former Ambassador to the Organization of American States and the European Community, The Hon. J. William Middendorf II, served as Chairman. CESJ’s president, Norman G. Kurland, served as deputy chairman.

The task force’s 1986 report, High Road to Economic Justice, was America’s first official endorsement of “expanded capital ownership” as a means for achieving economic democracy as the foundation for sustaining a stable political order. Some of the task force’s recommendations were adopted into U.S. foreign policy and were included as one of the World Bank’s “market based” options for debt-equity conversions through employee stock ownership plans (ESOPs).

In 1988, CESJ members and friends funded the Polish translation of Every Worker an Owner. This CESJ compendium on the concepts, techniques, and policies of expanded share ownership served as the orientation book for the Presidential Task Force. Forty thousand copies of the Polish translation were distributed throughout Solidarity channels in Poland prior to the dismantling of the Soviet Union.

CESJ’s Every Worker an Owner was sent under cover letter in May 1988 by USAID Administrator Alan Woods to every USAID mission around the world.

Excerpt from CESJ testimony before the Congressional Black Caucus, on an economic empowerment agenda to democratize access to capital credit and ownership. : Juan Williams, moderator. Recorded by CSPAN-2 on September 24, 1992 (“Politics of Diversity). 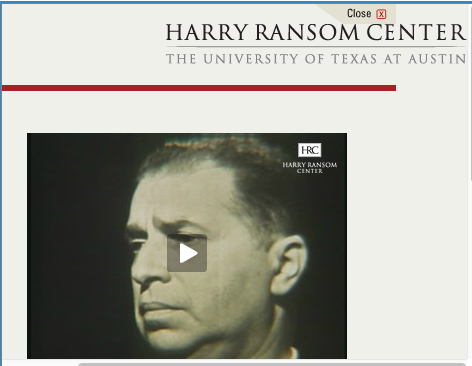 [Click on this link for video and transcript] In this 1958 Mike Wallace interview, Mortimer Adler (“Great Books” philosopher and co-author with Louis Kelso of The Capitalist Manifesto) discusses “The Idea of Freedom.” Adler asserts that the type of economic system most compatible with a free society is one with the widest dispersion of property (capital ownership) throughout the populace.

An anthem for the 99 percent, this 21st century rendition of Tennessee Ernie Ford’s “16 Tons” expresses why it’s essential for today’s wage slaves, debt slaves, welfare slaves, and tax slaves to own productive capital, especially in today’s globalized, high-tech economy. The song points to the source (a reformed Federal Reserve and Federal tax system) for getting money power to every person to become an economically liberated capital owner. It would create a level playing field for turning have-nots into haves, without turning haves into have-nots.

“A Brief Introduction to the Just Third Way.” Cartoon presentation and narration by Astrid Uytterhaegen (2014)

Cartoon introducing the concept of the Just Third Way, as a new paradigm of socio-economics based on free market principles of economic and social justice, with economic empowerment of each human being through equal opportunity and access to the means to become an owner of income-producing, productive capital. Cartooning and narration by Astrid Uytterhaegen.

“Virginia Tech 100&Change: Inclusive and Sustainable Prosperity for All,” September 2016.

As Prof. Ralph Hall of Virginia Tech describes this collaborative Just Third Way initiative: “Boldly conquering global poverty will require an innovative economic paradigm that provides everyone on this planet with a personal ownership stake in the future. This project aims to transform our economic systems and promote sustainable enterprises by leveraging creativity and innovation. Our forward-looking mechanisms will enable all people to obtain a capital-based income that will supplement their labor income. Using the principles of binary economics, people will acquire capital with credit repayable with pre-tax future earnings of capital (future savings).

The approach does not require coercive actions of government or a redistribution of existing wealth. As capital ownership becomes more broadly distributed, the economy will grow as people spend their newly acquired income on inherently sustainable goods and services. Our team’s alliance of academics and expanded-ownership pioneers will demonstrate how universalizing access to capital ownership can reduce inequality and advance sustainable development to create inclusive and sustainable prosperity for all.”

“From a Student’s Perspective: Taking Back What We Created.” Speech by American University student Leda Kennedy, delivered at Federal Reserve, April 2014.

Keynote presentation by Norman G. Kurland on money and monetary justice at 2009 “Own the Fed” Rally at the Federal Reserve System

“What Capital Homesteading Would Mean for Small Business,” presentation by Dave Hamill at the Lincoln Memorial (April 2012)

Dave Hamill, entrepreneur and small business owner from Atlanta, GA, speaks in front of the Federal Reserve in Washington, DC, April 20, 2012. He explains how the Capital Homestead Act would benefit entrepreneurs and small businesses by stimulating economic growth. Without redistribution or increasing the size of government, Capital Homesteading would enable every citizen to own income-producing wealth, providing businesses with a growing market and “customers with money.”

Rev. Walter Fauntroy, Part I—”Lincoln’s Vision for the Twenty-First Century,” 2007, “Focus on the Fed” Rally at the Lincoln Memorial Rally

The Hon. Rev. Walter Fauntroy speaks at the Lincoln Memorial (Washington, DC, April 2007), at the third annual “Focus on the Fed Rally.” Rev. Fauntroy — civil rights leader, former U.S. congressman (DC) and Chair of House Subcommittee on Monetary Policy, and a colleague of Martin Luther King, Jr. — helped organize the historic “March on Washington.” Rev. Fauntroy explains why each of us must “Own or be Owned,” envisioning Abraham Lincoln’s Capital Homestead Act for the 21st Century.”

Garry Davis (Bar Harbor, Maine, July 27, 1921) is a peace activist who created the first “World Passport.” A former World War II bomber pilot and Broadway actor, he renounced his American citizenship in Paris in 1948 to become a “citizen of the world.” Davis founded the World Service Authority, which now issues the passports – along with birth and other certificates – to applicants, many of whom are stateless. Davis first used his “world passport” on a trip to India in 1956, and has been variably admitted into or jailed by countries around the world after using his world passport. Up to 150 countries have purportedly accepted the world passport at one time or another. In France, his support committee was co-founded by writers Albert Camus and André Gide and the Abbé Pierre.

Norman G. Kurland, President
Mr. Kurland is a lawyer-economist, pioneer of employee stock ownership plans (ESOPs) and a leading global advocate for “the Just Third Way,” a post-scarcity development model that transcends both capitalism and socialism by combining free markets with the democratization of economic power and capital ownership.

Norman Kurland was a student of Louis Kelso’s, who founded binary economics, a system that expands ownership of corporations. Kelso had originated the leveraged buyout so workers could buy their companies. Unfortunately the idea was hijacked by speculators. Kelso may be dead but Kurland carries the baton with the Center for Economic and Social Justice (www.cesj.org).

“Monica and Jackie Woodman Open the Door for Capital Homesteading,” a conversation with Norm Kurland