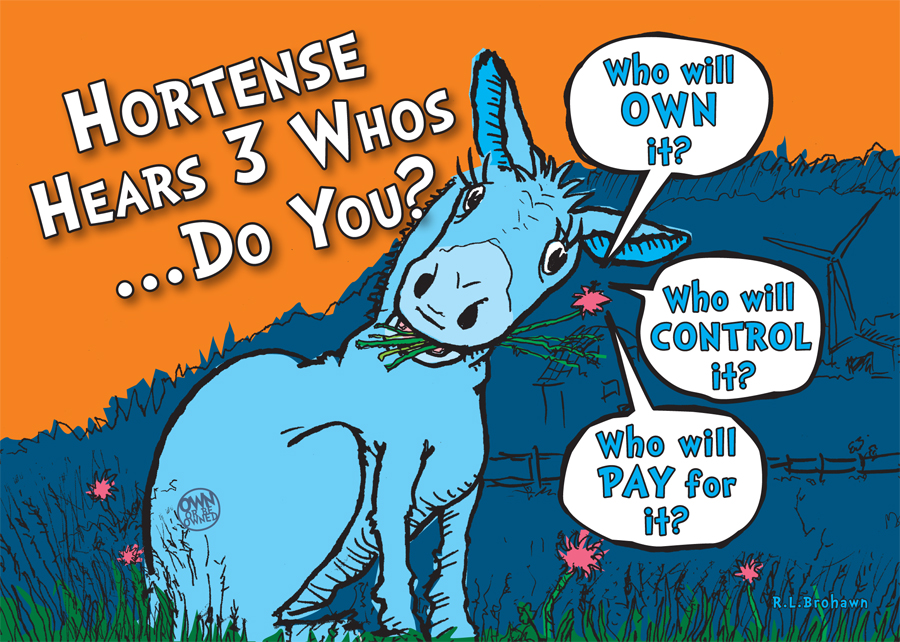 Hortense the mule gets the message.

When they present their proposals, we should ask three questions: Who will own it? Who will control it? Who will pay for it?

But there is one alternative that none of the politicians, big think tanks or experts have talked about. That is, we can pay for those big projects by applying sound business and banking principles.

This starts by having a “feasible” capital growth project. That means that a business (and the investor or lender) can project that the new capital will generate enough future profits (“future savings”) to repay the loan used to buy the capital. This proven approach can turn every citizen into an investor and direct owner of new productive wealth. 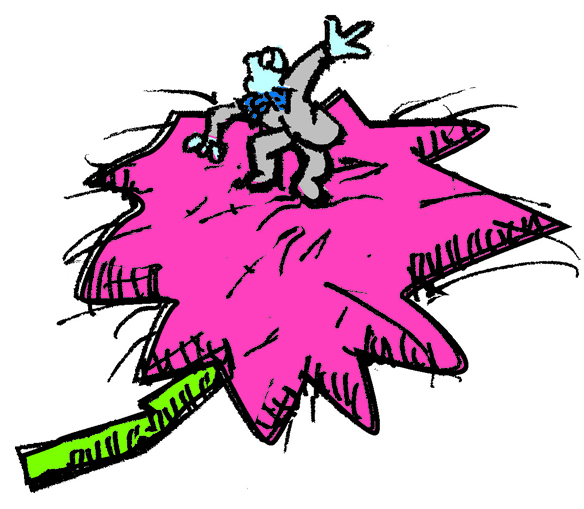 How do you do that?

By financing economic growth in the private sector with insured capital loans and asset-backed money.

This new money and credit would be issued by the central bank (specifically, the twelve regional Federal Reserve banks) through local banks. It would be made available to tax-sheltered Capital Ownership Accounts set up for each citizen (just like Individual Retirement Accounts you set up at your bank).

Driven by the projected customer demand for new goods and services that businesses will produce, the new money and credit would only be created for financing new, citizen-owned capital (including land, infrastructure, buildings and job-displacing technologies like robots and artificial intelligence) added to the economy annually.

Within a transparent system of checks-and-balances, oversight, information sharing and accountability, every citizen every year would have equal access to the financial means to become an investor in the green technology frontier.

America, or any other nation that adopts this system, could grow the economic pie while simultaneously creating new owners of that new growth — and without taking away the wealth of existing owners. We call this process “economic democratization.”

So what’s the plan?

It’s called the “Economic Democracy Act.” This Act offers a set of monetary and tax reforms that build upon

powers that already exist in US federal law. These changes will grow a just, non-monopolistic free market economy, restore the private property rights of all owners, and limit the economic power of government.

But instead of only benefiting a tiny percentage of people, these changes will spread economic power through equal capital ownership opportunities to every citizen, throughout their lifetime.

With equal access to new asset-backed money and interest-free credit to buy productive capital — the equivalent in economics of what the ballot means in politics — every citizen will build up an independent source of income, increasing their personal liberty and well-being.

Where can I get more information about the Economic Democracy Act (EDA)?

Here are some links to help you can learn more about the EDA:

>  What the Economic Democracy Act is all about

>  What the main features of the EDA would be

>  How asset-backed money and zero-interest, insured credit would be created under the Economic Democracy Act

Contact CESJ to learn more about the Economic Democracy Act and how you can help us spread this big idea around (especially to politicians).