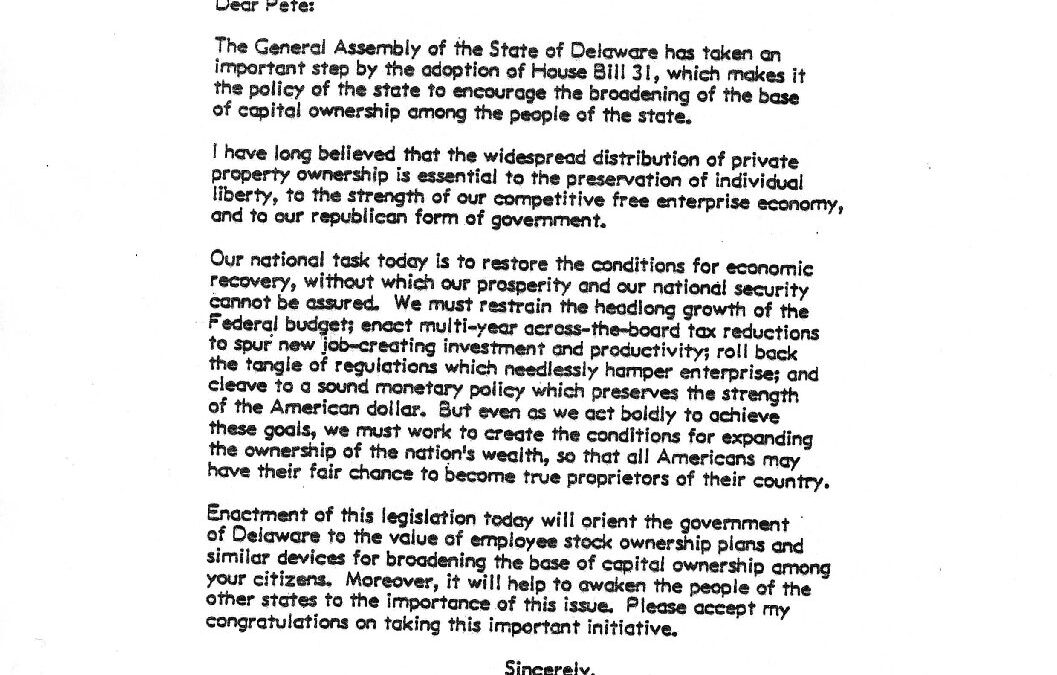 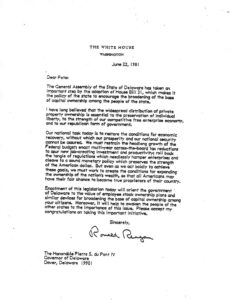 Letter sent by President Ronald Reagan to Delaware Governor Pierre S. duPont IV on June 22,1981 upon the signing of HB 31 to encourage the broadening of the base of capital ownership among people of the State of Delaware.