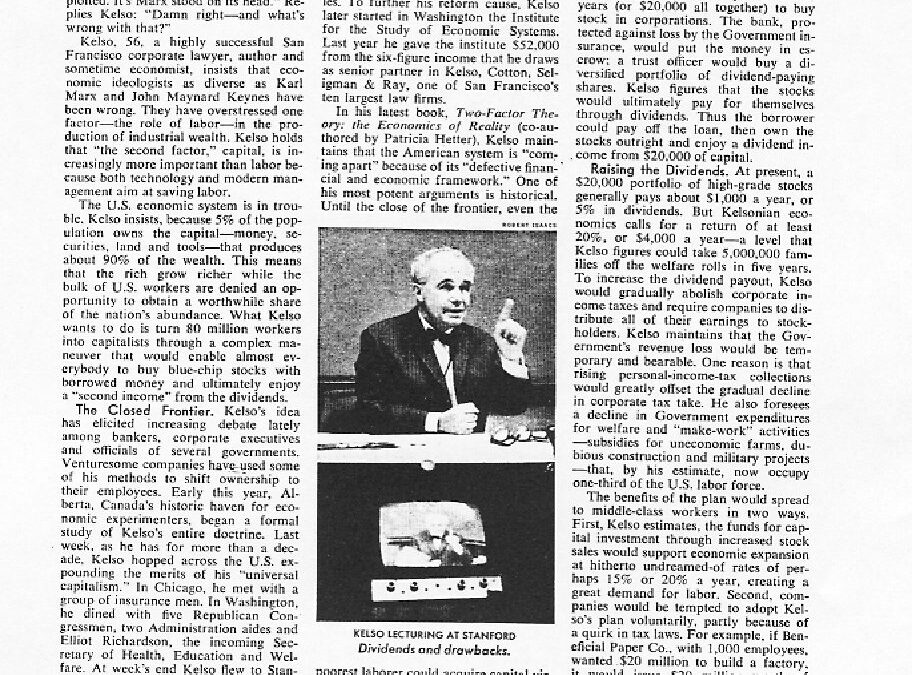 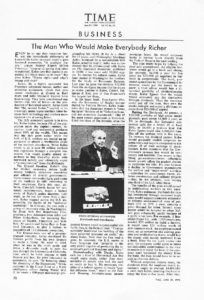 This 1970s article in the Business section of Time Magazine, “The Man Who Would Make Everybody Richer,” examines the ideas of Louis Kelso. It features Nobel Prize economist Milton Friedman deriding Kelso’s ideas as “a crackpot theory,” saying “It’s Marx stood on its (sic) head.” Kelso responds in the article, “Damn right — and what’s wrong with that?”