by the Center for Economic and Social Justice

Money and credit, and where they come from, are not as mysterious as most people think. To understand how money is created, however, we first have to ask, “What is money?” 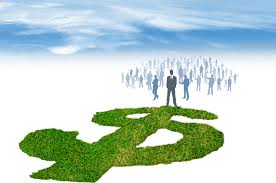 Most simply put, money is anything that can be accepted to satisfy a debt. In this way, “money” and “credit” are simply two sides of the same thing — a system of making promises and keeping those promises. As Black’s Law Dictionary states, money is “all things transferred in commerce.” All money is therefore a contract and, in a sense, all contracts are money. Money can take many forms of how people exchange things they own. Money is based on, and derived from, the concept of private property (the right to the fruits of and control over what a person owns.)

Money is therefore a “social good,” an artifact of civilization invented to facilitate economic transactions. Like any social good, money can be used justly or unjustly. It can be used by those who control it to suppress the independence and human potential of the many, or to achieve economic liberation and universal prosperity by financing capital ownership for every citizen.

Most economists will explain that money is: (1) the medium of exchange, (2) a store of value, (3) a standard of value, and (4) a common measure of value. Only the first two of these, however, apply to all money. The other two describe currency, “current money,” and really say the same thing: “a commonly recognized determination of value, often regulated, but need not be created, by government.” 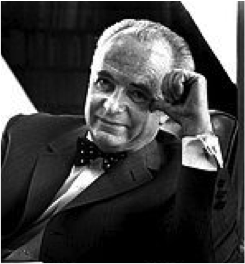 Making things a little more clear, lawyer-economist Louis Kelso delved further into the nature of money. His concern was the impact of contracts and property on the economic system — which is reasonable, as money is, ultimately, a system of contracts for the exchange of property rights:

Money is not a part of the visible sector of the economy; people do not consume money. Money is not a physical factor of production, but rather a yardstick for measuring economic input, economic outtake and the relative values of the real goods and services of the economic world. Money provides a method of measuring obligations, rights, powers and privileges. It provides a means whereby certain individuals can accumulate claims against others, or against the economy as a whole, or against many economies. It is a system of symbols that many economists substitute for the visible sector and its productive enterprises, goods and services, thereby losing sight of the fact that a monetary system is a part only of the invisible sector of the economy, and that its adequacy can only be measured by its effect upon the visible sector. (Louis O. Kelso and Patricia Hetter, Two-Factor Theory: The Economics of Reality. New York: Random House, 1967, 54.)

Creating money using a commercial and central banking system (such as the U.S. Federal Reserve System) is not supposed to be a secret guarded by high priests. The system was designed to allow money to be created or cancelled as needed by the economy. That way there would never be too little money (resulting in deflation) or too much (causing inflation).

The House Banking and Currency Committee, in its widely circulated publication, A Primer on Money (August 5, 1964), noted:

When the Federal Reserve Act was passed, Congress intended [the purchase of “eligible paper” by issuing promissory notes] to be the main way that the Federal Reserve System would create bank reserves. . . . When this practice was followed, the banks in a particular area could obtain loanable funds in direct proportion to the community’s needs for money. But in recent years [i.e., from 1933 to 1964], the Federal Reserve has purchased almost no eligible paper (p. 42).

When the Federal Reserve System was set up in 1914 . . . the money supply was expected to grow with the needs of the economy. . . . It was hoped that by monetizing “eligible” short-term commercial paper, by providing liquidity to sound banks in periods of stress, and by restraining excessive credit expansion, the banking system could be guided automatically toward the provision of an adequate and stable money supply to meet the needs of industry and commerce. . . . To safeguard their liquidity and provide a base for expansion, the member banks . . . could obtain credit from the nearest Federal Reserve bank, usually by rediscounting their “eligible paper” at the bank — i.e. . . . selling to the Reserve Bank certain loan paper representing loans which the member bank had made to its own customers (the requirements for eligibility beingdefined by law). If necessary, the member banks might also obtain reserves by getting “advances” from the Federal Reserve bank (p. 69).

In other words, under a central banking system as originally designed, businesses or other productive enterprises would obtain loans at their local commercial bank, a process called “discounting.” The commercial bank, in a process known as “rediscounting,” would then sell the qualified loan paper of the business enterprises to the central bank. This would create an “elastic,” asset-backed reserve currency to stabilize the economy.

As a social tool, however, the money creation powers of the central bank are like the vote. They can be used to keep an élite in power, or they can spread power around by financing capital formation and acquisition by every person by creating money to purchase assets that pay for themselves out of their own future profits. Once the assets are paid for, the stream of profits provides the owners an ongoing source of income to help meet consumption needs such as food, clothing, shelter, healthcare, and education.

The Center for Economic and Social Justice (CESJ) has proposed “Capital Homesteading,” an application of principles CESJ calls “the Just Third Way,” to reform the financial system so that it works to the advantage of everyone, not just a few. The world, as R. Buckminster Fuller suggested, can work for “100% of humanity.”

Under this program every child, woman and man (“capital homesteaders”) would have an equal right to purchase on credit newly issued equity shares that give the vote and receive all profits earned on the shares.

This amount would be the same for everyone, rich or poor. It is important to note, however, that no new money would be created until the shares a Homesteader wants to buy have been approved by the lender and deemed a good risk by a capital credit insurer.

A commercial bank would accept a contract for a loan — “paper” — from a Homesteader, “buying” it by issuing a promissory note. The bank would then immediately sell its paper to one of the twelve regional Federal Reserve banks. The Federal Reserve would issue its own promissory notes to back newly printed currency or new demand deposits that would be handed over to the Homesteader to purchase the shares he or she wants to buy.

When the shares pay dividends, the Homesteader would use the dividends first to repay the loan used to acquire the shares. The Federal Reserve would cancel the money, thereby avoiding inflation. The Homesteader would then have dividend income to use for consumption needs. (More about this can be found on the CESJ website, www.cesj.org, under the heading “Capital Homesteading.”)

In this way the Federal Reserve System would create an asset-backed currency that increased or decreased as the need for money increased or decreased, avoiding deflation or inflation. At the same time it would rapidly increase the number of capital owners in the country, while decreasing the wealth and income gap. It would also decrease the role of the State in taking care of people as they are able to take care of themselves. As the loans were repaid, the currency would be taken out of circulation, or the demand deposits “erased” from the books. This would remove money from the economy that was not linked directly to hard assets.

Thus, the establishment of the Federal Reserve really did have the potential to become an “Economic Fourth of July” . . . assuming the economy grows faster in ways that every citizen can earn more wages and profits to purchase what the economy can produce. Without that, the social good of money and credit will keep being used to make the rich richer and keep the non-rich property-less and powerless.