Some Unexpected Support for the Just Third Way

Sometimes we discover to our surprise and delight that our ideas of economic and social justice are spreading around the world, unbeknownst to us.

Recently CESJ’s research intern, Eliza Riley, learned from a friend working in Mexico that his boss had given a speech before a group of private investors in which he spoke positively about the Just Third Way.

Mr. Ismael Capistrán, Director of Strategy & Economic Research of the investment bank Actinver, spoke on the subject of economic empowerment and growth. A self-described “defender of capitalism,” he acknowledged the failings of both socialism and capitalism, raising the possibility that it’s time for a more justice-based and inclusive economic paradigm.  Our thanks to Stefano Corsini for bringing the following excerpt of Mr. Capistrán’s statement to our attention.

“It is clear that society in the western hemisphere sees Marx’s and Comrade Lenin’s economic theories and models as failed, which was ratified with the fall of the Soviet bloc, but do we ever stop to consider that our very own and admired modern capitalism also has some shortcomings? David Ricardo, James Denham-Steuart, and even the great Adam Smith highlighted the negative externalities that could proceed from such theory if taken to its limits.

Perhaps a clear example is when equilibrium prices of staple commodities or inferior goods, set by supply and demand schedules, are above the price many people can actually afford.

As a defender of capitalism, I see the need to find a balance. We need to be more aware of the distributional impacts of policies. And if we manage to package all of this together, we probably will have more growth, but also more inclusive growth.

Perhaps we could consider elements of G.K. Chesterton’s Distributism or Louis Kelso’s Binary Economics, which in combination with social justice philosophies of thinkers like Mortimer J. Adler, led to a new theory or paradigm known as the “Just Third Way.” Of this last one, the most interesting element might be its focus on the individual as agent of change, and institutions as tools in the process.” 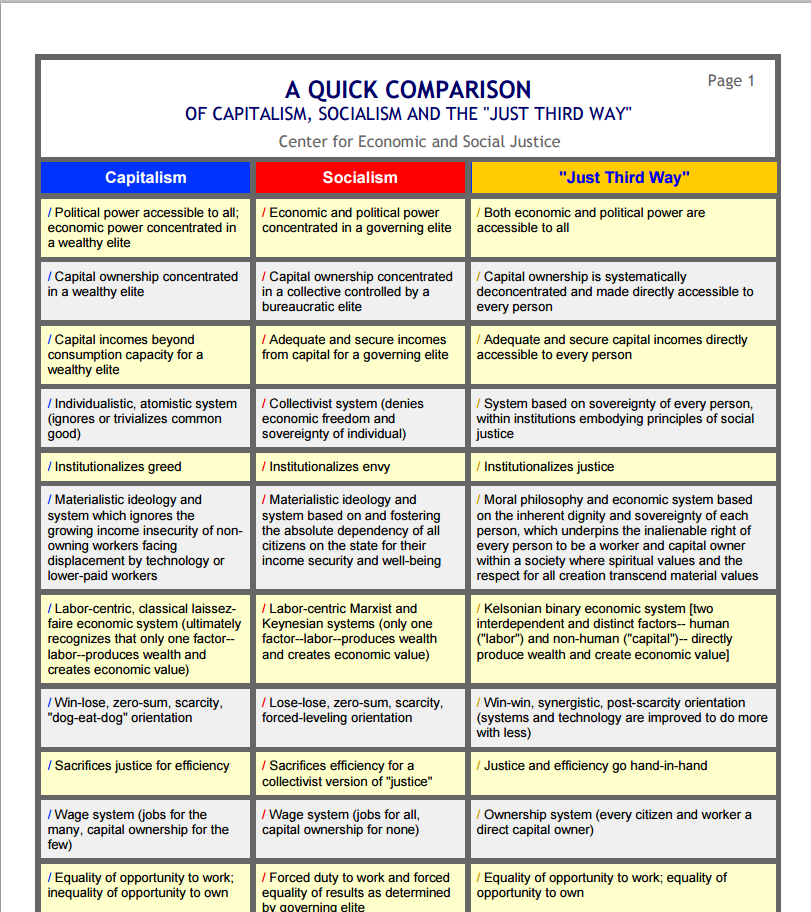