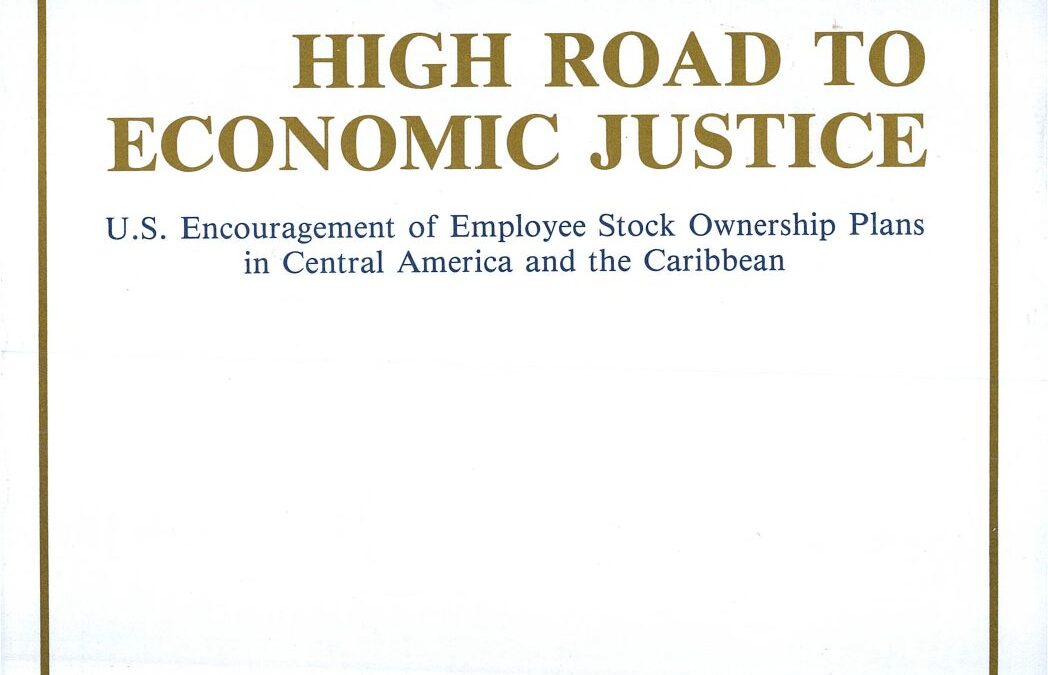 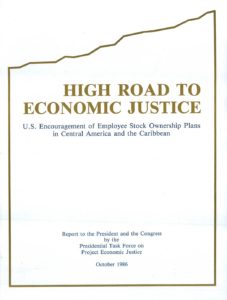 HIGH ROAD TO ECONOMIC JUSTICE was the unanimously approved 1986 report of the Presidential Task Force under President Ronald Reagan. Receiving no taxpayer funding, this bipartisan task force included representatives from such diverse organizations as the Teamsters Union and the U.S. Chamber of Commerce. The report recommended the promotion in U.S. policy of Employee Stock Ownership Plans as a counter-measure to Marxist-Leninist insurgency in Central America and the Caribbean.