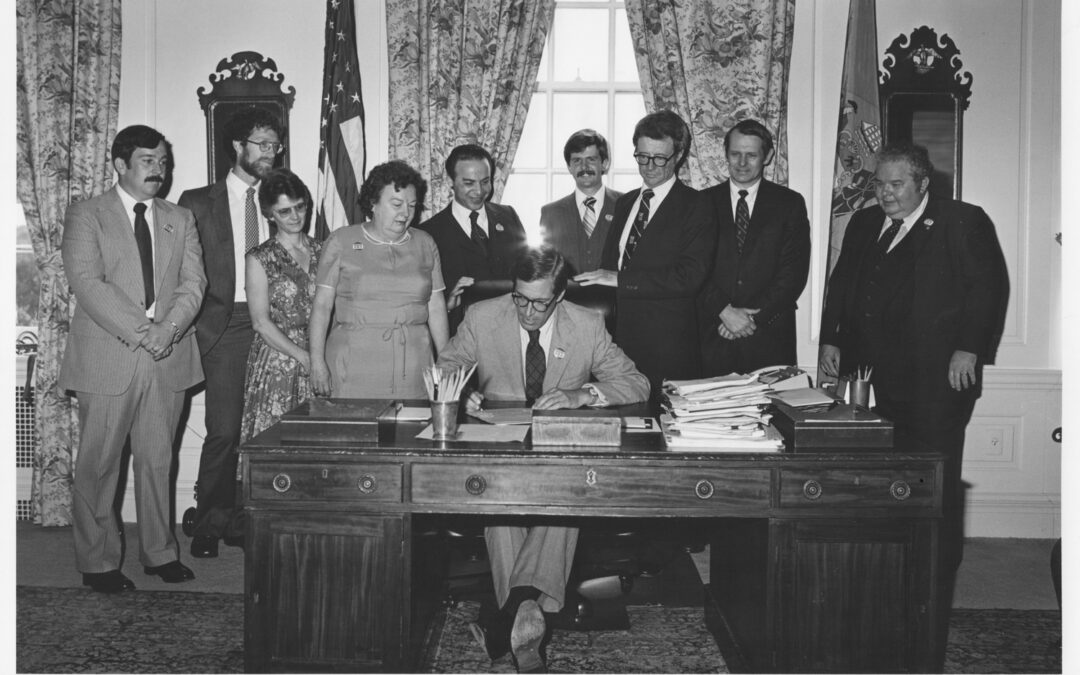 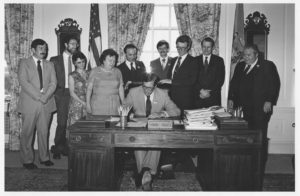 Standing behind Governor duPont, from left to right:

Luis Granados III, Washington Counsel of the ESOP Association of America, co-authored report on ESOP for Norman Kurland & Associates for State of Delware